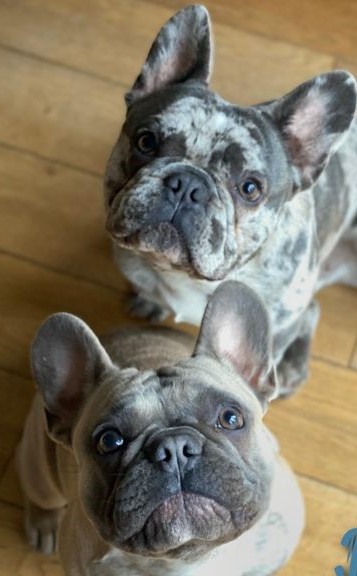 Pro DBA managing director Karen Henderson was asked for her comments on the debate on whether the Government should set up a nationwide DNA database to catch dog owners who fail to clean up after their pets.

North Somerset Councillor John Ley-Morgan has urged PM Boris Johnson to consider the dramatic measure after his local authority was forced to bring in contractors to take a ‘zero- tolerance’ approach and dish out fines of £75 to dog owners who fail to clear up their pooch’s poo. https://tinyurl.com/yjw8smof

Karen considered the relevance of the question and how to relate it to Pro DBA. She owns one-year French Bulldog brothers’, Alfie and Ziggy. Perhaps this was the angle? That was only part of it. It was suggested it would be a good business opportunity. This got Karen thinking (again) that perhaps people didn’t really understand what DBAs do.

She said “There has been much confusion over the years when non-technical people ask what Pro DBA do. We’ve tried explaining in some detail in the past. Many years ago, I even thought I’d cracked it, until I was told at the end of my explanation that we should make sparkly pink laptops as they would sell well.”

“Explaining we support Oracle, SQL Server, and IFS databases is commonly met with a blank stare. Mention databases, and you frequently hear how proficient the enquirer is with excel.”

“We normally tend to go with the generic term that we are an ‘IT Support Consultancy’.”

Returning to the question at hand, Karen considered it could be a simple way of explaining what Pro DBA does (and doesn’t) do.

“They would decide upon the information they want to collect and design a database accordingly.

“They would then collect this data and record it within their database. They own the data. We don’t directly touch it.

“We deal with the IT infrastructure needed to keep the doggy DNA database working.”

Karen added: “We don’t want it crashing just before the next doggy culprit has had their collar felt!

“We would deal with running backups, recovery, internal operations, memory, and security. Our DBAs support hundreds of different applications and systems vital to the success of a business.

“A security breach, recovery failure, or performance problem could have far reaching and devastating ramifications for a business. This requires a level of knowledge and experience gained over many years.

“The irony of life as a DBA is that if a database is secure, available, recoverable, and performing well your work goes largely unnoticed. DBAs get noticed when there are problems.

“They can also get blamed when the database has problems due to poor coding, improper network setup, or incorrectly configured storage.

“DBAs are responsible for keeping a business’s data safe and available. Data is arguably one of the most important assets of a business, after employees of course! It’s a very skilled area of IT and not for the faint hearted. There you go DBAs – unsung heroes!

Cllr John Ley-Morgan is not the first to call for a dog DNA database as a forensic solution to the problem.

It was first trialled on a local level in 2016 by Barking and Dagenham Council and hailed as a “great success”, with the amount of dog mess on the streets more than halving.

Small scale schemes have also been rolled out in Spain and Germany.

“Oh, and as a dog owner, nothing is more revolting than your dog rolling in another dog’s poo! I am not sure a doggy DNA database is the answer though. I wouldn’t fancy being the poor person who had to collect the samples!”

Type above, then press return to search